This is a blog from NDAA member tide and Dementia Dekh Bhaal Project Manager, and former carer, Shahid Mohammed. The project was featured at the NDAA Annual Conference 2019 and is a great example of supporting people living with dementia and their carers from specific groups within society and the unique challenges they can face. The project mirrors the principles of our own Dementia Seen and Heard campaign. Shahid talks about the carers he has engaged with in Rochdale. 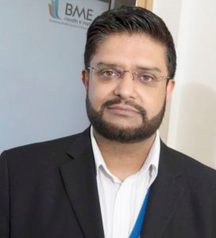 Having returned from visiting one of our carers this afternoon, I am reflecting on her amazing tenacity at keeping going.  As if being a carer was not enough, she is also juggling so many other roles too. She is a mother, a wife and a mum’s taxi service, ferrying her children to and from school. She also takes the kids to their Islamic studies class at the local madrassah every day. She is nothing less than a ‘super-carer’ in my eyes!

I could see the tiredness on her face, but she had this inner strength to just carry on, because, as she puts it “no one else is going to come and help.” She simply doesn’t have the time or the luxury for self-pity or having the anticipation of some hero to knock at the door who would provide her with just a couple of hours break from caring for ‘mum’. So why the emphasis on ‘mum’? Well because she actually cares for her mother in-law; but she doesn’t make the distinction. I find that quite common amongst south Asian families, especially the daughter in laws. I feel there’s an inherent closeness that permeates in the quality of care that we see in south Asian ‘extended’ families.  This is not far from our own experience when my wife and I were caring for my mum.

Anyway, our carer has given up, as other families that I know, on waiting for family members to knock on the door or a phone call offering to help out with care responsibilities, she knows it isn’t going to happen – and in fact she, like other south Asian family carers, has learnt to become very resilient and self-reliant.  This is more out of necessity rather by design.

I’m not saying that it’s an easy role, being a carer, or that you do it with the expectation of a pat on the back from family members (who may only visit on Eid or Mother’s Day and think they’ve fulfilled their ‘farz’ i.e. duty), far from it. The carer that I’ve been working with as part of our Dementia Dekh Bhaal (carers) project in Rochdale actually said to me, “Shahid, I wouldn’t swap this life for an easier one, because it’s an honour for me to do what I do.”  As a former carer of a relative with dementia, that resonated with me too, giving me a lump in my throat.  I’m sure there was something in my eye too!

So, having asked her what would make things a little easier for her, the first thing she said was:

“I wish the local community would open their eyes and understand what dementia actually is rather than making judgements against people. There are many families who have a loved one with dementia on every street, but it seems they’re keeping it hidden – out of shame or they just don’t know what to do or where to go.”

There are other more practical aspects of support that carers like Ansa need, such as respite for her and her family, even if it is just to go for a meal or watch a movie while mum can be looked after for an hour or two.  Carers don’t want much but any support will enrich their lives and let them become a little – mentally and physically – refreshed to continue with caring for their loved one.

It took a lot of time, encouragement and a real leap of faith for us to get to the stage where Ansa, our amazing carer, agreed to be filmed, talking about her personal experiences and challenges as a carer for a relative with dementia. Her motivation to make this film was to make a difference to other south Asian carers, particularly females, as they are perhaps less likely to have a voice in care matters.  So having Ansa, a hijab (headscarf) wearing Muslim, south Asian lady who looks like many other south Asian woman was a huge achievement.  But ultimately it was my unique approach having had the integrity, credibility and trust in the community in engaging with Ansa; as well as the other carers whom we also filmed, like Dewan and Tahir. I am proud of the outcome of the films and I really hope these unique experiences allow other south Asian carers to reach out to us and to get the help and support they so desperately need. 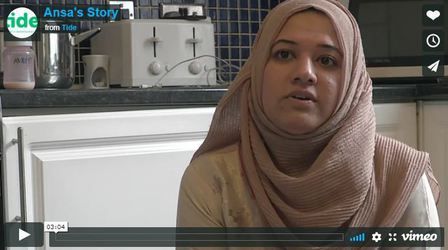 I found that there is this ‘golden thread’ that is shared by all three of our Dementia Dekh Bhaal carers, all of whom talk about their very personal experiences of being a carer in the films. Dewan, a Bangladeshi male carer looked after his father, who he described as a ‘lion’ of the community – a pioneer, someone who was always there to help others, being afflicted with dementia. He became someone who others had relied and were dependent upon, reduced to, as Dewan put it himself, childlike, needing constant care and support. It was heart-breaking to hear that he was having to carry the man, who was once the rock of the family and the community, to the bathroom up the stairs because there was no other alternative.

Dewan said despite all the challenges he was fortunate that the extended family rallied round to help with looking after dad, but accepted that not all families have that structure around them. Families who we know struggle on until a crisis leaves no option but to seek external help – and even with seeking help there’s a sense paranoia of the community seeing a nurse/someone in a uniform visiting the home – I wonder what’s going on? 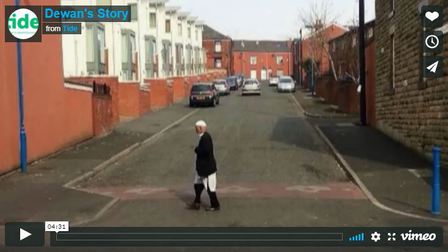 Our other carer Tahir – a Pakistani Punjabi male, is living with MS, we discovered that his biggest fear whilst being a carer for his mum was what if his wife, who actually cares for him and his mother who has a diagnosis of vascular dementia, fell ill – who would care for her? These are all very real and unique personal lived experiences, but ultimately there is that commonality of having inner strength, finding solace in their faith and the resolve to care. This is what we’ve achieved through this project, as we all live in hope that dementia services have to be reflective and inclusive as the communities we serve and represent. 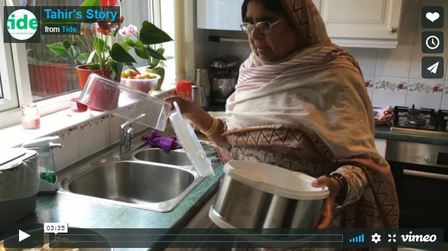 ‘They look after their own’ – a phrase some in the south Asian communities are only too familiar with hearing.  Our three carers demystify this assertion as they share their experiences in the films.  Asian family carers often struggle to care for a relative with dementia, but when you add cultural, social and sometimes practical barriers the task of carers becomes really difficult.  Access to information and services is equal, we often hear, but how many are aware of the shortcomings in equity even before we get to equality. Our Dementia Dekh Bhaal project is very important for carers such as the ones I have spoken about here, yet we know  from studies that many mainstream dementia services are not fit for purpose and do not meet the needs of diverse communities.  Our experiences will, hopefully, help commission meaningful and effective culturally competent services.  We also know that carers from South Asian communities usually struggle on and only reach out for help when in crisis.  It is important that south Asian carer voices are heard, but crucially that voices reach decision-makers on service provision.