Please visit our new website nationaldementiaaction.org.uk where you can find updated information on the Dementia Statements.

These statements were developed by people with dementia and their carers.

The person with dementia is at the centre of these statements.  They represent everyone living with any type of dementia regardless of age, stage or severity.

The “we” used in these statements encompasses people with dementia, their carers, their families, and everyone else affected by dementia.

These rights are enshrined in the Equality Act, Mental Capacity legislation, Health and care legislation and International Human Rights law.

We have the right to be recognised as who we are, to make choices about our lives including taking risks, and to contribute to society. Our diagnosis should not define us, nor should we be ashamed of it.

We have the right to continue with day-to-day and family life, without discrimination or unfair cost, to be accepted and included in our communities and not live in isolation or loneliness.

We have the right to an early and accurate diagnosis, and to receive evidence based, appropriate, compassionate and properly funded care and treatment, from trained people who understand us and how dementia affects us. This must meet our needs, wherever we live.

We have the right to be respected, and recognised as partners in care, provided with education, support, services, and training which enables us to plan and make decisions about the future.

We have the right to know about and decide if we want to be involved in research that looks at cause, cure and care for dementia and be supported to take part. 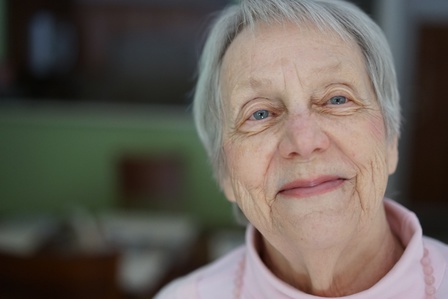 Over 80 people with dementia and carers contributed to the review, through 15 different groups. Five key themes were identified through this research - identity, care, community, carers and research.

After summarising the evidence, a Drafting Event was held, which was attended by nine people with dementia - three of whom were accompanied by their carers - and three former carers. Members of the group produced draft statements based on the themes five themes. A significant change was to move from ‘I’ to ‘We’ at the start of each statement signifying that this included people with dementia and carers equally.

A Consensus Event was then held, where the final set of statements – the ‘Dementia Statements’ were agreed. This was attended by people with dementia and carers as well as representatives of DAA organisations.

In April 2017, the Statements were welcomed and endorsed by the Dementia Programme Board that monitors and supports the implementation of the Prime Minister’s Challenge on Dementia 2020 across the NHS, social care, the research sector and wider society.

By championing the rights of people living with dementia and their carers we will transform the landscape of dementia forever.

A lot has changed since 2010. So, in 2016, Alzheimer’s Society led a review on behalf of the DAA alongside people living with dementia and carers to ensure they reflect what people want today.

Government action on dementia -
a timeline

In 2009 the then government in England published a five-year National Dementia Strategy. As part of this work, strategies on end of life care and carers are also in place. NICE/SCIE guideline 2006 and Dementia Quality Standards describe what good dementia care should look like.

This included ambitions to boost dementia research, train more health and care staff, follow up timely diagnosis with greater access to help, advice and support for people with dementia and their carers, increase public awareness and create more dementia friendly public and private organisations and communities.

The Department of Health, as a signatory to the National Dementia Declaration, has set out what it intends to do to help improve the lives of people with dementia and works with Dementia Action Alliance members to carry out these actions.