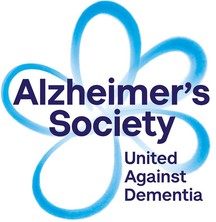 We campaign for better quality of life for people with dementia and greater understanding of dementia. We also fund an innovative programme of medical and social research into the cause, cure and prevention of dementia and the care people receive.

Alzheimer’s Society has facilitated the creation of Dementia Action Alliances in North Somerset, to encourage the community to support the National Dementia Declaration and raise awareness of the needs of people with dementia and their carers.

2. What are the challenges to delivering these outcomes from the perspective of your organisation?

Dementia is higher on the public and political agenda than it has ever been. We have seen action across England to begin implementing the National Dementia Strategy. The task at hand now is to use that strong position and build on the momentum achieved by creating a broad network of individuals and organisations committed to action.

There is a limited amount of funding going into dementia research compared to other major disease groups like cancer.

In a difficult economic climate we need to clearly make the case for action on dementia to achieve better outcomes in a cost effective way.

Most importantly we need to work with people with dementia, their carers and families to understand what matters most to them in order to transform quality of life for all people living with dementia.